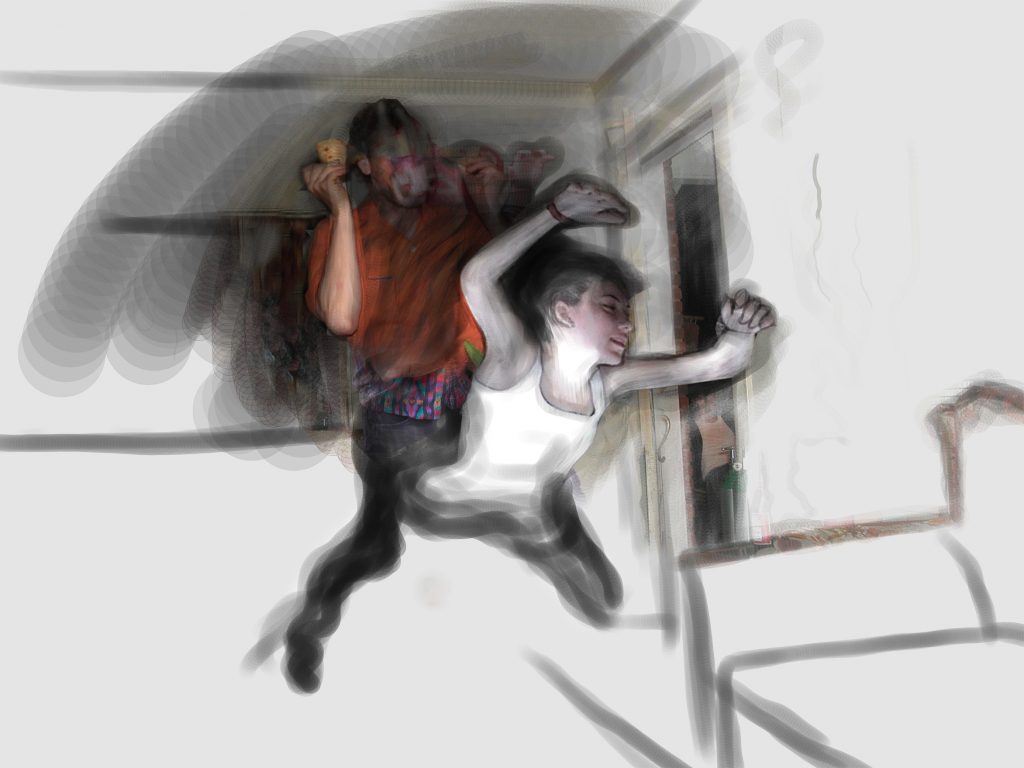 Crimes of passion, love affairs, and jealousies present in Max Ernst’s 1934 graphic novel Une Semaine de Bonte were my inspiration for the digital works on view here. The work by Ernst was originally published as a series of 5 booklets. The fourth publication, titled “Wednesday,” is the point of reference for my work. “Wednesday,” also titled “Oedipus,” is a grouping of 28 images that Ernst created by cutting up a number of engravings taken from 19th century French works of popular fiction.

This series of images by Ernst has an implied narrative, but it quickly falls into a dream-like inconsistency filled with fantastic elements. In my re-creation of the Ernst images, I have tried to accentuate story telling and continuity, but not entirely.

The collages by Max Ernst drew my interest because of the suggestive power of their narrative images. The Ernst collages are filled with action and emotion. People appear to wrangle with events beyond their control, however we are never certain of the exact nature of the events. Gesture and context seem to communicate a meaning that we are left to decipher. We read the interactions of the characters as signs and expect to find significance from the familiar patterns that we see. However, the lack of explanations, leaves us to wander through the contradictions and inconsistencies similar to those in our dreams. 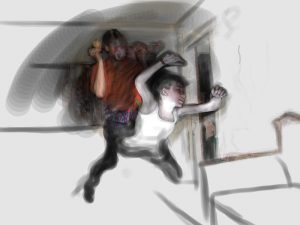 Friends are used to portray the characters in my interpretations of the Ernst images. However, I have combined bodies and rearranged heads. Occasionally different heads will have the same body. In his book On Dreams, Freud talks of dream processes where one person can smoothly transform into another person. Joe Stanco, a Dallas poet, was the source for several of the images. Joe died from cancer soon after many of the pictures were started. Gatherings of his friends and family during the week following his death, helped create “A Week of Kindness” celebrating Joe’s life and poetry.

All of the images are presented in a stage-like setting similar to the space present in the engravings from which Ernst borrowed. Figures are usually shown in their entirety, not cropped. The people in the images rarely look directly at us as one would find with portraiture. Instead they engage each other, keeping the narrative action contained in the images and separate from us. By doing this, it helps to emphasize the stage-like tableau of pre-modern painting and an emphasis on story. This type of space has a deep tradition in western culture from the Roman murals at Pompeii, through early Renaissance greats such as Giotto, and into early films like those by Edison.

A Week of Kindness can easily be placed in the tradition of the graphic novel. However, I prefer the term photo novella since my images are photoshop collages. I have always enjoyed The City by Masereel and Madman’s Drum by Lynd Ward. These graphic novels, filled with intrigue and violence, fit easily into the culture of comics and movies from my childhood.

The images are all digital and electronic in origin. The photographic elements were shot with a Nikon Coolpix 5000 digital still camera or were captured as video stills from a Sony Digital video camera. All drawings were created on the computer using a Wacom digitizing tablet. I developed the images using Adobe Photoshop or Metacreations Painter.

By basing A Week of Kindness on the works by Max Ernst, I am reminded of the way musicians will cover a song from some earlier source. This way, patterns of meaning are rethought and rediscovered by each new generation. We see ourselves more clearly as we observe the differences between the new and the old versions of songs or images. Of course, the engravings Ernst used in his images were borrowed from earlier source too. 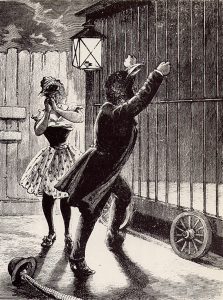 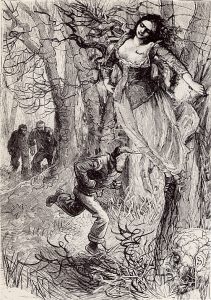